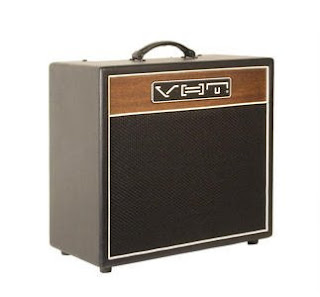 This looks like cool news for anyone who feared that the VHT brand name would just be chucked onto pre-existing AXL amps after the latter bought the former. VHT founder Stephen Fryette now has his own amp company, Fryette, where he will continue to build the various designs that made VHT famous, including the Sig X and the Pitbull. But AXL seem to be very respectful of the ideals of the VHT brand name and the opinions of the company’s fans, as evidenced by the release of the Standard 12, a handwired, US-made combo.

VHT is proud to announce the release of the first handwired amplifier from “The Standard Series,” The Standard 12. The Standard 12 amplifier is carefully handwired in the VHT workshop just outside of San Francisco, where experienced VHT designers are looking it over every step of the way.

All VHT handwired amplifiers are carefully pre-tested for quality. Extensive burn-in time insures excellent reliability. Each amp is given an initial sound test before burn-in and then given a second, more extensive test after the burn-in process is completed. It is then A/B tested to make sure that each individual amp offers the same level of quality. The Standard 12 uses 12AX7 tubes on the preamp side and 6v6 tubes for the poweramp. The rectifier tube is a 5Y3GT. The high-grade VHT finger-jointed birch cabinet houses a 12″ Celestion G12H30 speaker. All of the components of The Standard 12 were chosen to provide the ultimate in sensitivity and expressiveness to let the individual sound of each player shine through.

The Standard 12 sounds great for classic rock styles, breaking up easily as the volume knob is turned up. The Standard 12 also excels at overdriven blues sounds as it is extremely touch-sensitive and retains its chime throughout the entire volume spectrum. It does everything that a classic tweed-voiced amplifier is supposed to do. The Standard 12 has a very vocal clean tone with a powerful midrange and great headroom. Although the design goal was to capture a vintage sound, the Standard 12 doesn’t “brown out” like vintage amps — the low end doesn’t become loose and muddy — the 12 doesn’t compress to the point where the low end gets mushy. It doesn’t sacrifice a “crunchy” top end in order to gain powerful midrange, but instead maintains articulate, sugary highs throughout the volume spectrum.

The Standard 12 has that classic American amp sound with a warm tone and strong mid-range that really sings. It was specifically designed with simplicity in mind, for players who want to just plug in and sound great. The Standard 12 lists for $1,799.99 and is available now.

For more information, visit their web site at http://www.vhtamp.com/.