Now that I’m back home in Australia I’m sorting through my NAMM photos. Here are some more pics and a press release about the UV77REMC, the new 20th anniversary reissue of the UV77MC.

First up are my pics from the display: 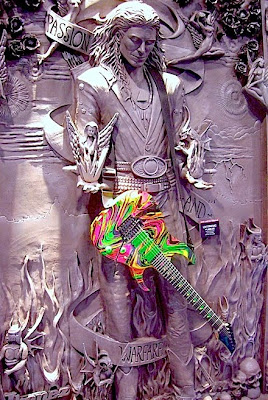 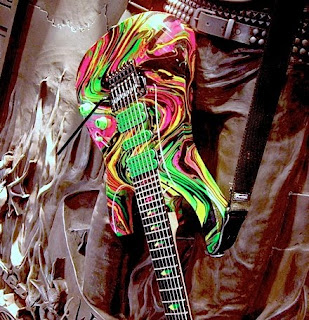 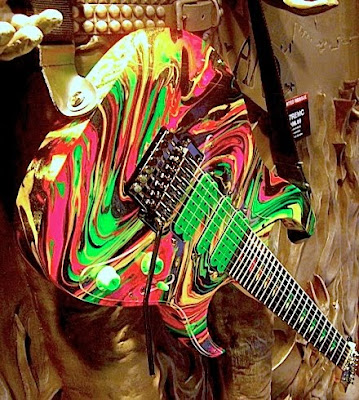 It was 20 years ago when Steve Vai joined forces with Ibanez to produce his ultimate weapon, the 7-string Universe, the first production 7-string solid-body electric guitar. The groundbreaking Universe was quickly recognized as the “Most Innovative Guitar of the Year” by music retailers at the 1990 Music and Sound Awards.


Originally designed as a virtuoso shred machine, the guitar would have a new life later in the ’90s with its extended low-end range making possible the new breed of rhythmic metal of heavy music players such as Korn and Dino Cazares. Ibanez is proud to recognize Steve Vai’s achievement with the release of the new UV77RE Universe 20th Anniversary edition.


Like the original, the solid body UV77RE reissue is seven strings of fire, ready-made for maximum shred and some of the meanest riffing on the planet. The multi-color swirl motif arrives once again from the original Universe artist, Darren Johansen. Because of the swirl paint process each Universe guitar is uniquely individual in appearance. As with Ibanez’s other Limited Edition Reissues such as the famous Bob Weir model, all UV77RE models are crafted in Japan by the same luthiers who created the originals.


1990 not only brought the Ibanez Universe guitar to the world, it also debuted Steve Vai’s groundbreaking, earth shattering album, “Passion and Warfare,” and each U77RE comes with a commemorative poster of this sonic masterpiece.


Only 100 UV77RE reissues will be available worldwide.