Here’s some cool news from 65amps. I’ve always enjoyed the guitar playing of Elvis Costello (yes, I do like stuff that isn’t shred), and his recommendation is certainly more than enough to get me excited about this amp. Gots to check it out a NAMM! 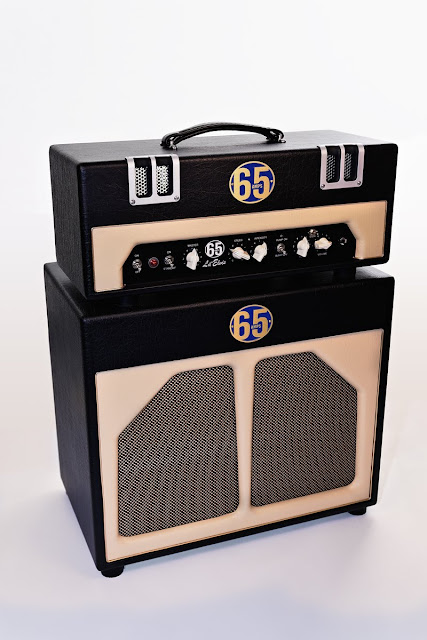 North Hollywood, CA, January 11, 2010 – Legendary, eclectic rocker Elvis Costello has found the perfect guitar amplifier in the eponymous Lil Elvis from boutique amp crafters 65amps. Costello, who is perhaps best known for hits like “My Aim is True,” “Everyday I Write the Book,” and “Alison,” currently hosts a hit show for the Sundance Channel, entitled Spectacle: Elvis Costello with… There you’ll find him talking and performing with some of the biggest names in music, including Bono and The Edge, James Taylor, Sheryl Crow and more. He’ll be touring throughout 2010 in support of his newest release, Secrets, Profane & Sugarcane, and has found the low Watt, but toneful and versatile 65amps Lil Elvis to be the perfect complement to his spartan style.

Elvis shares, “65amps [Lil Elvis] is now my main stage amp. I don’t play a lot of notes, so the sound has got to count. Whether I’m using my original Jazzmaster, my ‘52 Tele or overdriving the amp with a super evil, Super 400 from 1970s, the “65” delivers the sound I expect and hope to hear, regardless of whatever my fingers are doing. It’s a real boon, since I discovered my ‘54 Tweed Fender Deluxe doesn’t travel as well as a singer of the same vintage.”

The compact but authoritative, handwired Lil Elvis perfectly suits any musician who desires inspired tone in a portable form. Rooted in some lost designs from the early ‘60s best amp designer, the Lil Elvis is based on a 2xEL84 power section, 12AX7 front end and a clean output of 12 Watts. The feel is surprisingly huge and visceral. Lil Elvis also features 65amps’ proprietary Master Voltage power technology, which keeps the entire vocabulary, authority, and response down to 2 or 3 Watts, making Lil Elvis an outstanding recording, small club or large stage amp, especially when in-ear monitors are required. The Lil Elvis is available in both a 1×12 combo or a head with matching 1×12 cabinet. Other features include a passive FX loop, 2 speaker outs, a unique tremolo and tone for days…

65amps was conceived in 2004 when partners Dan Boul and guitarist Peter Stroud created a custom amp for Peter to use on stage with Sheryl Crow. Today 65amps’ range of guitar and bass amplifiers delivers surprising power at low volume, amazingly versatile tone and meticulous, road-worthy craftsmanship. You’ll find 65amps on stage and in the studio with a wide variety of players including Richie Sambora, Bruce Springsteen, Keith Urban, Sheryl Crow, and Peter Frampton, just to name a few.