Aerosmith bass player Tom Hamilton hinted at this one when I interviewed him recently: a new signature ASAT bass from G&L. He didn’t really spill any details at the time, but when I asked if he’d ever thought of having a signature bass, he said:

“I am! With G&L! I actually went down to the company, which occupies the same buildings as way way in the past, and I was allowed to go and hang around in Leo Fender’s lab, where he used to come up with his stuff. He has all these bizarre mock-ups of basses that are just planks of wood with strings on them, and it’s all chaotic and sloppy and everything’s all over the place. It was awesome to just sit in his chair, because I’m always worried about what a disorganised person I am, and here I was in his office and it was just chaotic. I was like, “Okay… I guess it’s okay!”

Putting the Punch in the Aerosmith Sound

Aerosmith’s Tom Hamilton has been playing G&L ASAT Basses for nearly twenty years since he bought his first blue metal flake ASAT Bass at 48th Street Custom Guitars in New York City. Since then, G&L has built several more ASAT Basses in a variety of finishes, but there’s something about G&L’s over-the-top metal flake finishes that keeps him coming back for more. END_OF_DOCUMENT_TOKEN_TO_BE_REPLACED

For a while there it looked like Aerosmith were done. Steven Tyler had fallen off the wagon (and subsequently the stage), and at some point he was in consideration for a proposed Led Zeppelin tour in the absence of an unenthusiastic Robert Plant. Along the way bass player Tom Hamilton was diagnosed with throat and tongue cancer (he recovered but the cancer returned last year, and after treatment he’s recovering well). And of course Tyler went off and took a job as a judge on American Idol too. When the band finally reconvened and hit the studio, the question was “Which Aerosmith will be making an album? The 70s bluesy rockers? The 80s/90s hard rock superstars? The FM smash balladeers?” It turns out the answer was “All of them.” Music From Another Dimension! manages to have something to appeal to fans of all three of the band’s main eras, and with 15 tracks on the standard edition it’s pretty much a case of “If you don’t like the ballads, there’s plenty of the other stuff.” Whether intentional or not, Aerosmith seems to have found a way to please everyone.

Hi! Have you had a chance to listen to the record?

Yeah! I like that there’s three Aerosmiths here – the 70s feel, the 80s/90s stuff and the ballads. Something for everyone who likes something about Aerosmith.

Yeah, I noticed that’s how it came out. Every era of our career is represented. I don’t think it was a conscious decision. We’ve learned that it’s so much about songs, and we’ve dipped into different styles throughout our career. What always comes back is it’s all about songs. We want to have really kickin’ drums and blasting guitars, and Steven singing amazing vocals. And I’m a musician so sometimes I’ll listen to music just for the bass player, but not that often. I really believe that the song is the thing.

END_OF_DOCUMENT_TOKEN_TO_BE_REPLACED 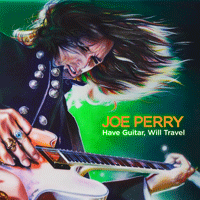 Joe Matera, rock journo extraordinaire and guitarist for Geisha, spoke with Joe Perry of Aerosmith the other day. Joe Perry told Joe Matera the following, which he has provided to I Heart Guitar as an exclusive news item. Thanks Joe!

Joe Perry: “…I’m hoping to get down there [Australia] with The Joe Perry Project and play for our fans down there that have been waiting for forever and ever to hear us play.

Joe Matera: When do you expect that to happen?

Perry: Probably some time in the coming new year, as I don’t think Aerosmith are going to be working for awhile. So its going to give me enough time to do a tour of not only of the U. S, but we’re also going to try and cover every place we can play around the world.

Matera: How is the recovery process coming along for Steven [Tyler]?

Perry: From what I understand he is resting and his doctors will know in the next couple of weeks how well it is mending and if he is going to have surgery or not to help the bones knit. So there is a lot of waiting around as it takes awhile. Any time you have a bone that is cracked or broken, above your waist, it is hard to keep it still because you have to breathe you know. I’ve had cracked ribs before and I know how long it takes for those to heal because you have to breathe and your ribs are always moving. And so they have taped them up very tightly and its really uncomfortable and really painful and he’s trying to deal with all of that right now. 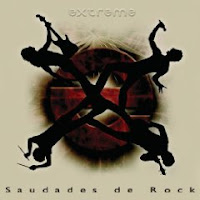 Extreme may always be best known to the world at large for the acoustic hit ‘More Than Words,’ but rock fans know the band’s real bread and butter was a funky, harmony-driven rock sound which was equal parts Van Halen, Aerosmith and Queen, capped off with the tasteful shred of guitarist Nuno Bettencourt. Nuno was one of the best of the post Van Halen guitarists, and what made him stand out most was his sense of groove and rhythm. Nuno was never content to phone it in until it was time to solo, and as a result his rhythm guitar parts were always a finely balanced concoction of technicality and danceability.

Thirteen years have passed since Extreme’s last album, the raw and underrated ‘Waiting For The Punchline.’ Since then, singer Gary Cherone fronted Van Halen (he put in a valiant effort, but it was just not to be); drummer Paul Geary, who split halfway through the ‘Punchline’ sessions, managed Godsmack; bass player Pat Badger raised alpacas; and Nuno released a whole bunch of albums, mostly under various band names but still all amounting to “Nuno + backing band.” Now the band feels the time is right to return, and although Geary is assisting with band management matters, the drum stool is now occupied by Kevin Figueiredo from Nuno’s last band, Dramagods.

Saudades de Rock (the name loosely translates as ‘nostalgic homesickness for rock’) has a lot in common with ‘Punchline’ – raw production, ambient drum sounds, a minimum of overdubs – but it sounds tighter, sharper, and altogether more powerful than that album’s dark, muffled tone. The album opens with Star, draped in Queen-inspired harmonies over a rhythm section slightly reminiscent of the big Van Halen shuffles like ‘Hot For Teacher.’ Lyrically, the song is similar to ‘Hip Today’ from ‘Punchline,’ but while that song offered an ominous warning to the here today, gone tomorrow grunge bands of the day, ‘Star’ expands the scope to the world of instant stardom through reality TV and paparazzi frenzy.

‘Comfortably Dumb’ has a killer groove and tight vocal harmonies, while the lyrics flow on from Frank Zappa’s famous comment that the most plentiful element in the universe is stupidity. The protagonist of the song has become jaded and desensitised due to multimedia oversaturation. A parallel can again be drawn to a ‘Punchline’ track, ‘Cynical,’ but in that song the subject was left negative and pessimistic by the state of the world, in ‘Comfortably Dumb’ they’ve shut down completely.

‘Take Us Alive’ has a rockabilly-influenced, country edge complete with some twangy guitar noodling. ‘King of the Ladies’ is reminiscent of Nuno’s solo work, and is one of several moments on the album where Nuno lets his Octave pedal do the talking, to great effect. ‘Last Hour on Earth’ picks up where Van Halen’s ‘A Year To The Day’ left off, in both structure and feel, and ‘Flower Man’ picks up the pace with more clever harmony colouring. ‘Ghost’ has drawn many comparisons to Coldplay, and if radio was to find this song it would be a certain hit. And while the album concludes with ‘Peace (Saudade),’ it feels more like a low-key encore because it’s the second last track, ‘Sunrise,’ that really feels like the closer to the album proper.

Some fans are calling Saudades de Rock the best album of Extreme’s career. Others aren’t quite won over by the continued use of the live-sounding recording techniques of the ‘Punchline’ album, hoping instead for a return to the more produced sounds of ‘Pornograffiti’ and ‘III Sides to Every Story.’ Personally I freaking love this album and, after living with it for about a month, I still find myself drawn to it several times a week, when usually I’ve moved on from an album by that time. It’s for that reason that I’m naming Saudades de Rock my favourite album of the year so far.