Here are my news stories this week on Gibson.com  – can’t wait for that new Queensryche album! 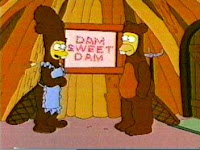 Whether you’re putting together a parts guitar, having a custom built or just buying off the rack, knowing what each type of guitar wood sounds like can be an important part of getting closer to the sound you hear in your head.

Guitar bodies are typically made of mahogany, alder, ash or basswood. There are other woods used, of course, but these are by far the most common. Next week we’ll look at different materials used in fretboards, and the effect they have on the tone.

Alder (Alnus rubra)
Alder has a closed grain, which prevents the finish from seeping into the body and makes it easier to paint and finish. Tonally, it has an even mix of frequencies, giving the tone a slightly warm quality. It’s been used by Fender since the dawn of time, and is the body wood of the Ibanez Jem7VWH. Alder sounds especially lively with single coil pickups, as Stevie Ray Vaughan demonstrated, and tends to sound at its best with thin finishes as opposed to thick shiny polys.

Ash (Fraxinus americana)
Ash is also used by Fender and has more treble than alder. It is known for its high levels of sustain, and is particularly successful when used for Telecaster style bodies. It’s very light too.

Basswood (Tilia americana)
Basswood is a lighter wood often used in metal or shred guitars by brands like Ibanez, Jackson and ESP, as well as many Japanese Fender Strats and Telecasters. It’s a lighter weight wood with a closed grain, but paint has a tendency to sink into it so after a decade or so your nice crisp shred machine may have a few visible lines in it. Some companies glue on a thin layer of another type of wood to prevent this happening. Sonically, it has a round midrange and is especially suited to lead guitar.

Korina (Terminalia superba)
Korina is an African wood used in the original Gibson Explorers and Flying Vs. Hard to find and notoriously hard to work with, it’s a heavy wood with a tone similar to mahogany but with more midrange. If you’re trying to nail that early Van Halen tone, half of the first album was played on a korina Ibanez Destroyer, an Explorer-style model. Eddie then ruined the guitar by cutting chunks out of it for looks, only to realise he’d robbed it of much of its tone.

Mahogany (Khaya ivorensis)
Mahogany can be quite heavy and is used for the Gibson Les Paul and SG, as well as the razor-thin Ibanez S series. The tone is warm and full, and it is often complemented by a maple top to add treble and cut. It’s often used as a neck wood as well in guitars that already have a mahogany body.

Maple (Acer saccharum, Acer macrophyllum)
Maple is more commonly used as a neck or fretboard wood, or as the top of a body mostly comprised of another wood like mahogany. It’s frequently used by companies like Paul Reed Smith for its attractive grain in quilt or flame form. Some lower budget guitars which look like they have flamed maple tops actually have a very fine veneer instead, or even a thin plasticy film that emulates the three dimensional shifting patterns characteristic of flamed maple.

Poplar (Liriodendron tulipifera)
Poplar is another wood commonly used in metal guitars, especially by Jackson. It has a greyish colour so it’s never used with transparent finishes.

Rosewood (Dalbergia baroni)
Rosewood is most commonly used as a fretboard wood on everything from Fender and Gibson classics to modern hi tech axes and everything in between. George Harrison famously played a Rosewood body Telecaster on “Don’t Let Me Down.”