Emil Werstler has left Chimaira after two years. He first joined as bass player, switching to guitar after the departure of Rob Arnold and Matt DeVries. In a statement, Emil says: “My time in Chimaira has, unfortunately, come to an end. It is time for me to move on as I continue to focus on harvesting my abilities as a musician. I’m very fond of everyone in the band and wish them all the best in the future. Although this was a difficult choice to make, I feel it was necessary in order to take the next step in my career. The best is still yet to come and I’m very excited for the multiple projects I am working on. I would like to thank the band, management, and, most importantly, all the fans for the endless support and understanding.”

Fear Factory guitarist Dino Cazares is a pioneer of modern metal guitar technique. His ultra-tight picking, monstrously heavy tone and pioneering use of Ibanez seven and eight string guitars helped to solidify the combination of mechanical precision and brutal riffing that spurred an industrial metal revolution and eventually fed into the development of the djent sound. And Dino’s riffage is in fine form on the band’s new album, The Industrialist [Riot]. The collection is perhaps the most pure representation of the Fear Factory philosophy yet, with Dino handling guitar, bass, and drum programming, and vocalist Burton C. Bell dishing up the kind of anthemic melodies and brutal textures that made albums such as Demanufacture and Obsolete such classics.

“We’ve been getting that a lot,” Cazares says of the Demanufacture/Obsolete comparison. “I think part of that is just because it’s me and Burt! I think it’s the purest you’re going to get of Fear Factory.” The Industrialist marks a departure for Fear Factory in its use of programmed drums in place of a live player such as Raymond Herrera or Gene Hoglan. But the move is not entirely out of character for the band. “When me and Burton started the band in 1990 we were using a drum machine to record our demos” Cazares explains. “Over the years we’ve never been a band that has shied away from technology. We’ve never been a band who hid what we did in the studio. Over the years we’ve used drum machines on certain songs and certain albums, and even though we’ve had live drummers we have edited the drums to be like a machine, and we’ve changed the sounds to machine sounds. So either way it would not have made a difference if we used live drums or not. It would have been the same outcome. Some people are kind of shocked by it, like they didn’t realise that’s part of our schtick. That’s who we are. It’s what we do! Again, even if we had a live drummer it would come out to be the same outcome. And one of the benefits of using a drum program on your Mac laptop is it’s much more cost-effective. And with the way the music industry is going these days, it’s getting really hard to make a solid income because record companies are going down, and the amount of money you would spend in an actual recording studio to record the album, nowadays it’s still pretty expensive. So using a drum program is definitely a much more cost-effective way than hiring somebody to do it.” But Dino remains coy on the exact drum program used on the album. “Oh, I don’t want to promote any kind of drum program that doesn’t give it to us free,” he laughs.

END_OF_DOCUMENT_TOKEN_TO_BE_REPLACED 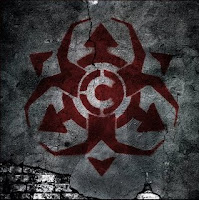 For the past decade, Chimaira has been one of the most consistently heavy and dedicated bands in metal. With their latest release, The Infection, the Ohio sextet has further honed their sound to one of punishing brutality.

The US sextet is set to return to Australia in January, 2010 to once again destroy venue stages and drive audiences into a frenzy with their patented brand of ferocious precision.

On The Infection, they have delivered a cinematic sonic rollercoaster with machine-gun drumming as tight as a mosquito’s ass, guitar work that hits the ears like a punch in the guts, and venomous vocals that are both tortured and threatening. This all adds up to a sound that the band has described as a “circle pit inside a burning ballroom.”

This is Chimaira’s first headlining Australian tour, having supported their peers In Flames, Biohazard & Korn on their last two trips Down Under. As thousands of Chimairians can attest, Chimaira live are untouchable, and their first headline tour of Australia will prove that fact yet again.