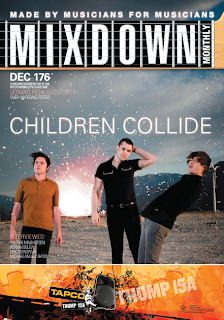 Just a heads-up, Mixdown 176 is out now here in Australia, featuring my interviews with Michael Angelo Batio and Erik Mongrain, as well as reviews of the Krank Krankenstein + and Revolution +, Fishman Loudbox, and a bunch of Roger Mayer pedals.

There’s also my ‘Unleash Your Inner Rock God’ instructional column, and an article on how to sound like Tool’s Adam Jones.
There are also interviews with Yngwie Malmsteen and Adrian Belew, but I didn’t do those. Dammit.

Erik Mongrain is described as a ‘YouTube Sensation,’ but I think that term does him a great injustice. To me it recalls images of Chris Crocker’s “Leave Britney Alone!” speech, or the mysterious Spaghetti Cat. What Mongrain does is so phenomenal that he was bound to be discovered sooner or later, YouTube or not. Erik’s amazing new album, ‘Equillibrium,’ is out now and it features his unique tapping style, beautiful open tunings, and the bass talents of the legendary Michael Manring.

PETER: How did you develop your unique approach to guitar? It goes so far beyond the ‘simultaneous rhythm and melody’ style of so many other acoustic players.

MONGRAIN: I’d say Michael Hedges played a role there. His music was grand but his way of approaching music was all about creativity. When I read the book ‘Rythm, Sonority and Silence’ he did with John Stropes I understood many things. Maybe it can’t apply to everyone but it really spoke to me. In short I understood that I was the one to decided if I wanted to create within limits and/or specialize in a specific technique/approach and I simply realized that I just wanted to try it all! For example if I am working on a chorus of a certain song and have been working on it for weeks, even if I did find many possible chorus that are really nice , to me it is not the “right one” until I feel these shivers in my spine and that rush of deep satisfaction. The chorus of ‘The Silent Fool’ for example took me weeks to find. I had many other very good ones but that’s the one I kept because it spoke to me way beyond any of the other ones. You could compare it to mining.. If you find a diamond you could stop there and be happy with it… I just choose to keep digging to find the mine itself!

PETER: Your playing is very rhythmic. Where does this inspiration come from?

MONGRAIN: From many places really, it never happens the same. It’s all the results of music I hear , fusions of what I hear and listen to, ideas, feelings, etc.

PETER: How important is the setup of the guitar to how you play? Do you need your instruments specially modified to meet your demands?

MONGRAIN: The setup is important aye. Everything is important from the height of the bridge , height of strings at the bridge , height of bridge pins in their holes or if the pins are lacquered or not , the neck playability , neck relief , string gauge , overall action, nut slots height, saddle/nut material. No “weird” modification overall, just little things that when added up do make a huge difference to me.

MONGRAIN: I have been using the Kingslight only for the past 8 months. Her name is Elora and it is the first guitar I ever named! I also own a PRS acoustic (prototype #16), a Stonebridge CM22, Stonebridge 12 strings, Guild D55 and a Rainsong JM1000.

PETER: ‘Alone In The Mist’ has some very sad, lonely-sounding chords. When you are writing, does the tuning dictate the chords and mood, or do you start with a mood in mind and look for the tuning?

MONGRAIN: It can happen either way really or may other ways. It’s always different or a combination of many. The sweet secret of discovery, as Hedges used to say.

PETER: What was it like to work with the great Michael Manring on the album? Did you write parts for him? Did he write his own parts?

MONGRAIN: An honor really. I didn’t write the part at all, I wouldn’t even dare. I just let him go free for all and he did a great job. Since the day I composed ‘Maelstrom’ and ‘Alone in the Mist’ I heard some fretless bass played by Manring and am just happy it’s complete now!

PETER: How did you come to record at Paul Reed Smith’s Dragon Crossing studio?

MONGRAIN: I met Paul almost 2 years ago. He saw me on YouTube and invited me to a breast cancer weekend event. He has a very nice studio and when the time came to record ‘Equilibrium’ he offered me to use it and I gladly accepted. He has great gears and the best sound engineer of all! (Bill Plummer)

PETER: The album has such a clear, natural sound. How did you achieve this? How did you record the guitars? It almost sounds like you’re right there in the room with the listener. 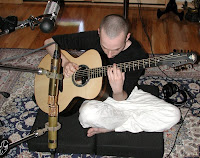 MONGRAIN: Glad to hear it sounds nice! Bill did a very nice job all the way through and he is the guy you’d want to ask that question to, haha! We had 3 microphones placed in front of me that we did move around a bit and a subkick (forgot the exact name) on the side for the low end (see picture). Sorry I really can’t remember the names and specs of these! I wanted a nice reverb for the mixing/mastering. My favorite is the old Lexicon PCM70 and that’s what we used. I know Bill used a Fairchild parametric for the mastering and from what he and Paul told me that thing is rare! Sounds very good though, I am quite happy with the final sound. All I did is play to the best of my ability, Bill is the wizard here!

Erik Mongrain’s album, Equilibrium, is released this week in the US.

I’ll post a review later this week and an interview with Erik in the near future, but in the meantime you can check out his playing on YouTube here, and visit his website here.
Erik begins a month-long tour of the UK in November. Tai Irwin of the Boston Herald said, “…Mongrain demonstrates the percussive two-handed tapping technique he calls “air-tap” that makes   an acoustic guitar emit tones I never thought it could. It’s like Van Halen meets James Taylor; furious but soothing.” 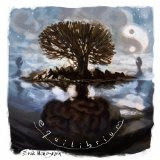 Here’s just a hint of some of the stuff you’ll see on I Heart Guitar in the coming weeks:

* The first of many guitar lessons with TAB and audio

* Interview with YouTube guitar sensation Erik Mongrain, and a review of his CD, Equilibrium

* Lots of spooky stuff for Helloween

* Theme weeks! In addition to regular news updates, the first week of each month will be a theme week, with articles, lessons, interviews and reviews based on a particular topic.