James Hetfield sat down with Guitar Center in San Francisco recently for a little chat. In the small room, he shared stories about becoming a musician, rising to fame, and even played a bit. All the while, customers continued to shop in the store, having no idea it was James playing. Hetfield’s new ESP Iron Cross is available now. [geo-out country=”Australia” note=””]You can grab one of your own here.

Guitar Center has donated a Fender Squier Stratocaster signed by the rather brilliant duo Rodrigo y Gabriela (along with a padded guitar case worth $50). Proceeds from the auction go to benefit the Women’s Music Summit, a three day event taking place at Musicians Institute from July 26-28, 2013. Bidding starts at $349, the auction is happening right now, and bidding is open until July 15. Shipping charges are the responsibility of the winner. You can bid on the guitar here.  END_OF_DOCUMENT_TOKEN_TO_BE_REPLACED

Here’s something pretty neat from MXR: a new distortion pedal that’s exclusive to Guitar Center (both instore and online) and Musicians Friend. It’s a vintage-vibed stomper which seems quite flexible and amp-like. Check out the videos at the bottom of this post to get a feel for what this baby can do. By the way, don’t MXR do the coolest videos? I like their style. They seem to capture that whole exciting tunnel-vision vibe you get when you try a new pedal for the first time. And their videos from NAMM this year were killer too.

Here’s the press release for the Prime Distortion, followed by the videos.

END_OF_DOCUMENT_TOKEN_TO_BE_REPLACED

Here’s something cool that is bound to at least partially cheer up some of us Aussies who were bummed out that Steve Stevens’ planned Australian clinic tour was cancelled: he’ll be broadcasting his first hands-on public demo of Roland’s V-Guitar series of products at Guitar Center via GuitarTV. The event takes place at 7pm Pacific time on November 8 – click here to figure out what time that is if you’re in a different time zone.
I’ll be tuning in. Can’t wait to check this out. I messed around with the Roland GR-55 for about half an hour a while ago and utterly fell in love with it.
Here’s the press release.
STEVE STEVENS ROLAND V-GUITAR EXPERIENCE
Live Broadcast From Guitar Center Hollywood

WHAT: Roland Corporation U.S. and Guitar Center bring guitar legend Steve Stevens to Hollywood for his first hands-on public demonstration of Roland’s innovative V-Guitar series of products. Roland will also be giving away a Powered by Roland G-5 Strat® autographed by Steve Stevens.

WHO: Steve Stevens is perhaps best known for his nearly 30-year association with ‘80s icon Billy Idol and his pyrotechnic playing on Idol tracks such as “Rebel Yell” and “Eyes Without a Face.” Additionally, Stevens boasts an impressive resumé of achievements as both a solo artist and sideman, working with a diverse range of artists, including such greats as Joni Mitchell, Michael Jackson, Vince Neil and many others. In 1986, his contributions to the Top Gun soundtrack earned Stevens a GRAMMY® Award. Join Roland, Guitar Center and Steve Stevens for an evening of insight, discussion and live performance.

*GuitarTV.com will broadcast the event live beginning at 7:00 p.m. PST.

Check out this video of a track from Steve Vai’s forthcoming album The Story Of Light. You can read a track-by-track here.

So you’ve read Pauline France’s review of the Guitar Center King of the Blues contest, and her interview with Joe Bonamassa. Now check out all the great photos provided by Natalie Serhan! There were far too many photos to pick and choose, so here they all are. Enjoy! 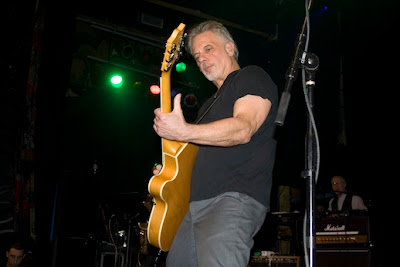 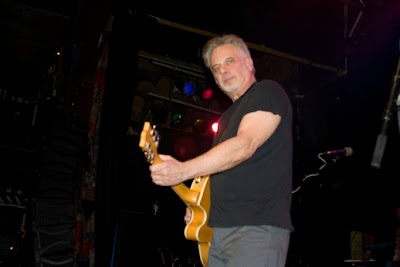 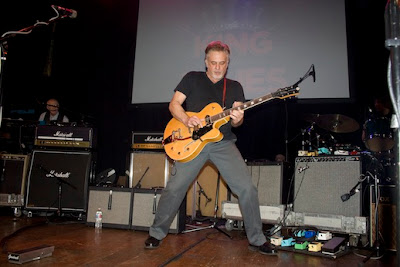 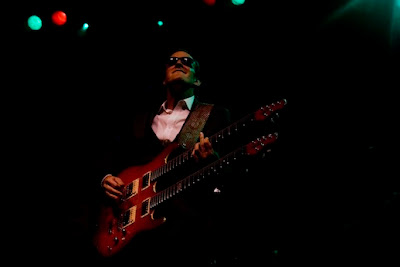 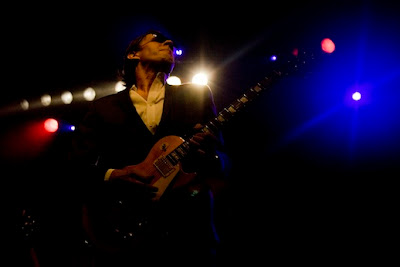 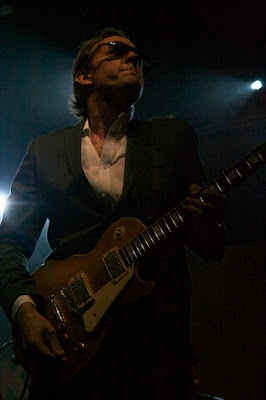 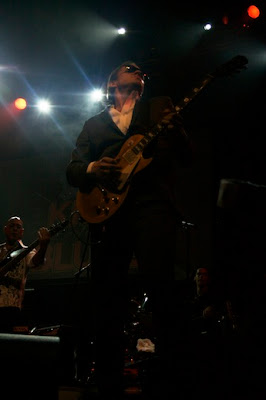 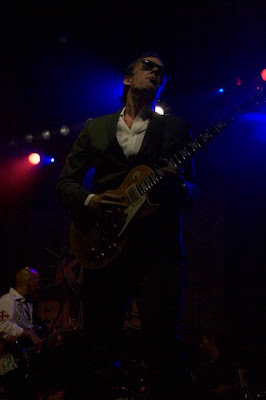 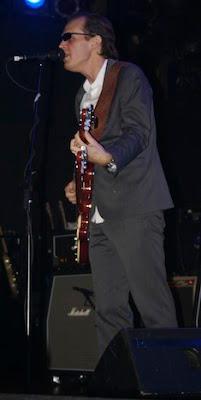 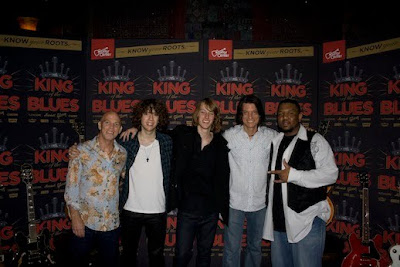 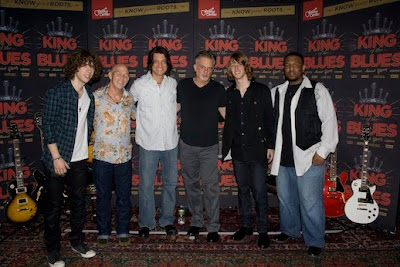 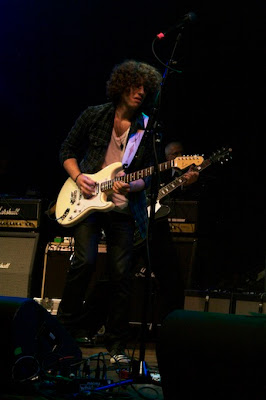 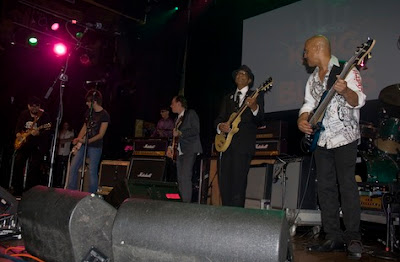 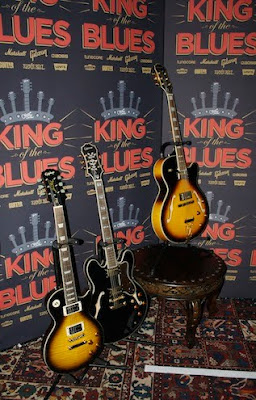 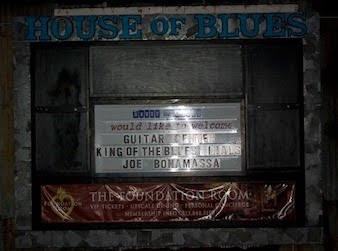 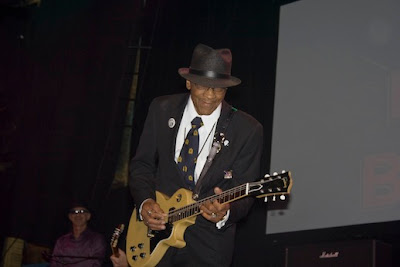 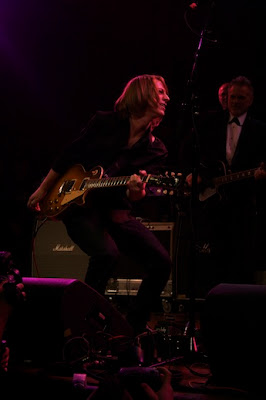 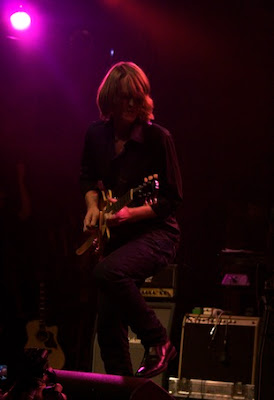 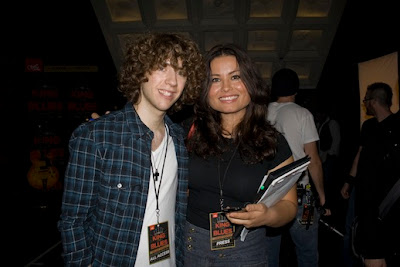 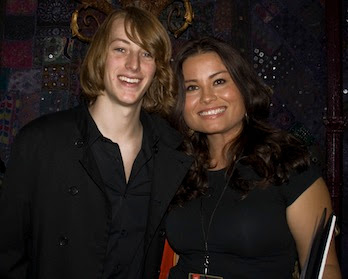 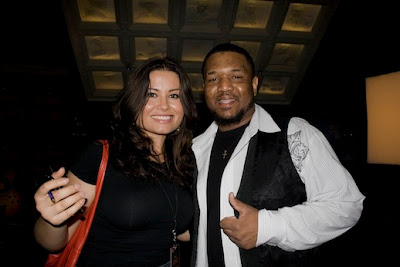 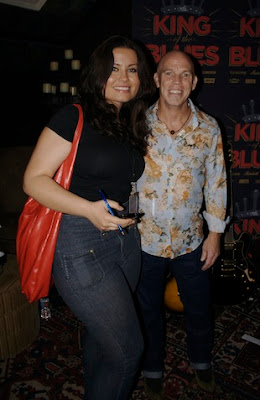 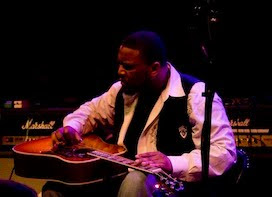 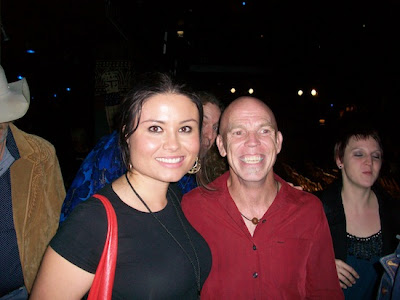 Hollywood, CA – Complete musical ecstasy – that’s the best way to describe what I experienced at the Guitar Center King of The Blues final competition. Not only was I completely immersed in a sublime ambience of electrifying blues, I was also surrounded by incredibly talented blues guitar virtuosos. Jealous? Don’t be. Here’s the scoop.

The sold-out event took place at the House of Blues in Hollywood, CA this past November 12. The venue was jam-packed with blues enthusiasts eager to be part of what I would consider to be one of the best blues events of all times.

From over four thousand hopeful blues guitarists and nearly four months of uncertainty and competition, it was all nailed down to the top five blues players in the country.

The event began shortly after 8:00 p.m. and was hosted by the masterful blues-rock guitarist Kenny Wayne Shepherd. That in itself was enough to knock my socks off. 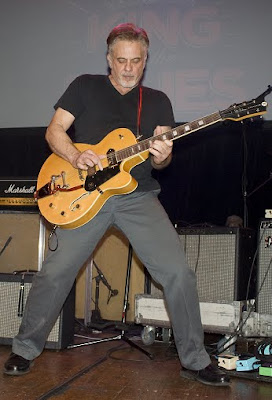 The opening act for the event was the Grammy Award winning producer and guitarist Pete Anderson (photo above), whose band also happened to back the five finalists during their presentation. Anderson’s gilt-edged performance was perfect for setting the mood for the rest of the night. 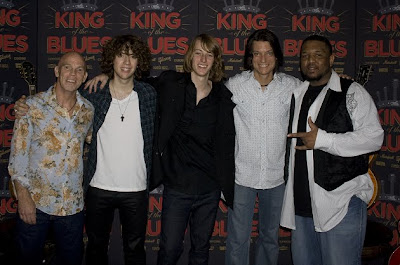 After Anderson came the contestants (photo above: Left to right – Kirby Kelley, Graham Whitford, Joshua Gooch, Dan Peters, Roosevelt Collier). Each contestant had five minutes total to perform on both an electric and acoustic guitar to ensure that they are capable of masterfully delivering the blues in different styles.

The first contestant to take the stage was Joshua Gooch from San Diego, CA. This naturally gifted musical prodigy made the crowd go dynamite. His playing made me personally experience some sort of magical, bluesy trance that left me dumbfounded.

He not only displayed tremendous skill and technique, he effectively transmitted his emotions through his playing, making the audience explode. I felt as though he almost lit up the House of Blues with musical fireworks. Brilliant.

Joshua Gooch set the standards high for the rest of the contestants, but the second participant, Roosevelt Collier from Kissimmee, FL, had no difficulty matching up.

Roosevelt opted for a lap steel guitar and masterfully demonstrated his soulful blues chops in a way that felt just right. His enthusiasm reflected in his stage presence and overall performance. It was delightful and unique.

The third contestant was Graham Whitford from New York City. This 18-year-old talent undoubtedly displayed an impressive ability to execute the blues, but throughout his performance I experienced mixed feelings. His entrance was grand and he managed to stir up the audience, but towards the end it seemed to decline. He ended his acoustic performance with a weak strum that left me hanging. Overall it was a good performance but a weak ending.

In a time and age where practically everything has been done, Kirby made a stunning impression delivering different elements that sounded great as a whole. His phrasing was divine and his performance felt as though you were hearing a story that you didn’t want to end.

For his acoustic act, Kirby began his performance with a nice, calm entry that eventually led to a fun almost blue-grassy, upbeat tune. He chose to sing along as he finger picked the strings in a successful attempt to please the crowd and the judges.

The fifth and last performer was Dan Peters from Morton Grove, IL. Dan was truly a skillful entertainer and blues master.

His alluring performance and stage presence was very well-received by the crowd and judges. He swung his guitar over his back and displayed his strong rock influence in both his acoustic and electric acts.

The criteria used to evaluate each player were originality, authenticity, style, technique, stage presence and overall performance. The judges did not have an easy task. 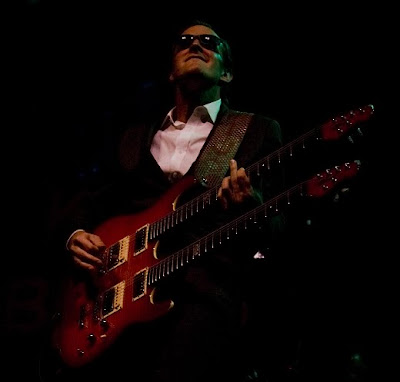 After the contestants did their part and the judges did their work, the audience was treated by a grand performance by the amazing blues-rock guitar master and singer-song writer, Joe Bonamassa (photo above). To say that he is a master is an understatement; he is a powerhouse.

Joe’s sweet voice and incomparable musical style brought a huge amount of energy to the audience that kept the night going.

The crowd kept nodding their heads as they thoroughly enjoyed Bonamassa’s transcendent music. Seeing Joe perform live is almost like having an out-of body experience – seriously.

After playing with his band, Joe shared the stage with players such as Steve Lukather, Eliot Easton, Tyler Dow Bryant and Glen Hughes. Each performer brought something unique to stage that created an electrifying blues ambient.

To end the performance, Jimmy Vivino, Tyler Dow Bryant, Hubert Sumlin and Joe Bonamassa engaged in a call-and response jam that excited the audience as their music intertwined in a way that created musical euphoria. It was superb.

By this time, everyone was eager to know who the winner of the competition was. The audience soared with emotions as Joe Bonamassa was getting ready to reveal who the lucky winner was.

The person crowned with the 2009 King of The Blues title was the outstanding Kirby Kelley from North Dallas, Texas.

Kirby Kelley was gleefully rejoicing along with his family when he heard the news. He received $25,000, a Boss GT-10 Guitar Multi Effects Pedal, a feature in Guitar World magazine, a Gibson ’59 Les Paul reissue guitar, a Marshall Vintage Modern 50 watt half stack, worldwide distribution of his music in iTunes, a $2,500 Levi’s® shopping spree, and endorsement deals from Marshall Amplification, Gibson, Ernie Ball, and VOX Amplification 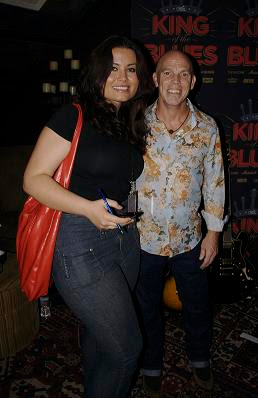 I also asked him what skills he thought he had that would make him stand out from the other competitors. He said, “Oh, I don’t know. I just love what I do and hope that somebody else out there does, too. I don’t know if I stand out more than anybody does. Somebody has got to win tonight and I think everybody is great and that everybody has their own thing. “

When I interviewed him after the competition, I asked Kirby what he thought made him win. He was ecstatic and said “God and a lot of years of bad gigs (chuckles).”

I asked him how he thought that winning this competition would impact his career, and he said “Oh, I don’t know. I have no idea. I don’t even want to think that far in advance. Tonight is going to be fun. Tomorrow I’m just going to go home, mow my lawn and do some painting.”

I also asked him what he would do with all the prizes he received and he said “I am going to play with them and turn in all that money to my wife before I end up in the same predicament (chuckles).”

Along with all the sponsors, Guitar Center put together a spectacular event that left an indelible impression in me and in all of those who attended. It is my hope that they will continue with this competition in the years to come.

CLICK HERE FOR THE KING OF THE BLUES PHOTO EXTRAVAGANZA!