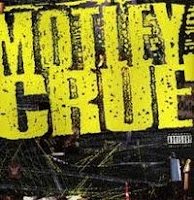 Straight off the bat, lemmie state that I’m not really a fan of Motley Crue. I likes my 80s rock but the Crue were always a little too screechy for my liking, and when you really zeroed in you could hear the sloppiness that they tried to bury with layer upon layer of overdubbing. Guitarist Mick Mars has even admitted this in interviews, saying that what people thought was slapback delay or chorus on his guitar was just the result of messy overdubbage. Whatever – they had some cool songs n’junk, I just never really cared for ‘em.

But wait, have you checked out their self-titled 1994 release? The one that featured John Corabi on lead vocals instead of Vince Neil? Cos if you haven’t, you should. It’s totally badass. They stripped the sound of all the 80s glamminess, replaced it with a bit of 70s Tony Visconti-type glam here and there, and borrowed some guitar tones from Metallica (listen to the Black album and ‘Hooligan’s Holiday’ back to back to see what I mean). The Crue’s producer was, of course, Bob Rock, who in between Dr. Feelgood and this self-titled number was employed by the mighty Metallica machine to turn them into the closest thing the metal world will allow to pop stars. It’s quite obvious that he took back some of what he’d learned with Metallica when it was time to hole up with the Crue for their first (and it turns out, only) album of the grunge era. So the songwriting is dark, the performances are nuanced, the tones are finessed and the arrangements are far more solid than you would expect from the dudes who covered ‘Smoking In The Boys Room.’ The arrangements were helped by the fact that Corabi is a very capable guitarist, freeing up Mick Mars to mess around a little more with orchestration.

The world was never going to accept this album from Motley Crue. For a brief period in the 90s, any reference to or memory of late 80s hard rock was considered vulgar and embarrassing. Die-hard Crue fans didn’t want to accept the band without Vince Neil, while hard rock fans didn’t want to accept Motley Crue, no matter who was at the mic. It’s kinda surreal to now see Motley Crue selling out stadiums, when you consider just how derided their type of music was for a while there.

Even despite the fan reaction, the album reviewed well in Rolling Stone and somehow debuted at #7 on the Billboard charts. It was certified gold, back in the days when people actually bought albums. And today it’s withstood the march of time a lot better than the majority of the bands who mocked the Crue back in the day. 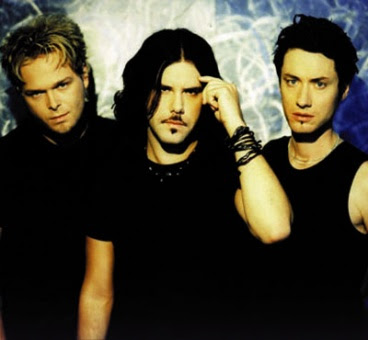 This is the first in what will be an occasional series where I’ll dig out various artists that I think haven’t quite got the respect they deserve, or might just be a little underground. And who better to start with than The Tea Party? These Canadian rockers were popular in their home country and Australia, but couldn’t quite seem to get a leg up in the US. That’s a huge shame because they friggin’ rocked. Imagine the logical conclusion of Led Zeppelin’s Kashmir crossed with Depeche Mode’s gothy moments, or maybe a more exotic version of Queensryche in the Promised Land era, and you get a bit of an idea of their general vibe. The Tea Party broke up in 2005 and frontman Jeff Martin now has a new band called The Armarda who are quite Tea Party-sounding (and check out his awesome solo stuff), but forgive my selfishness in hoping to see a reunion some day. I saw two Tea Party gigs and they were always an amazing live band, throwing in spontaneous covers and messing with arrangements.

CLICK HERE for Tea Party CDs and DVDs on Amazon.com

So here are my top 5 Tea Party songs: