PRESS RELEASE: Legendary guitarist, JOE SATRIANI, announces plans to release his 15th solo studio album,Shockwave Supernova, on July 24th, making him one of the first to utilize the new “Friday, Global Release Day” for music. It would be easy to call Shockwave Supernova a “masterpiece” or “the last word on guitar” from the world’s most commercially successful solo guitar performer.  Satch, however, sees it much more personally. He has consistently advanced the artistry of the instrument; an effort he dedicated himself to on September 18, 1970, the day his idol Jimi Hendrix died.  END_OF_DOCUMENT_TOKEN_TO_BE_REPLACED 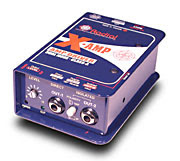