The Aristocrats – Bryan Beller, Guthrie Govan and Marco Minnemann – are preparing to release their very first live CD and DVD, BOING, We’ll Do It Live!, just in time to awesomize the holidaysfor musicians everywhere. And get this: the 5.1 surround audio mix was done by Steven Wilson of Porcupine Tree!

I was lucky enough to catch the Aristocrats’ very first gig back before they even had a name, and I can’t wait to crank the new DVD up to neighbour-enraging levels at home. There’s more info about the DVD below, but before we get to that, Guthrie has shared a few words on the custom Charvel he’s been seen playing recently.

“Hello! Guthrie here, with a somewhat boring (but apparently necessary!) update… and a pretty picture ;-)

Well… the guitar I’ve been using lately has apparently caused something of a stir in certain sectors of the online community, so I figured it might be helpful if I explained what’s actually going on. END_OF_DOCUMENT_TOKEN_TO_BE_REPLACED

Suhr guitars are pretty freaking nice. Duh. But they’ve always been a little too classy for most of the 80’s crowd (Reb Beach excepted). But now… now…

END_OF_DOCUMENT_TOKEN_TO_BE_REPLACED

Dear all,
I have some terrible news. Two of my beautiful Suhr guitars have been stolen. My first Suhr “modern” with the sunburst quilted top (Serial #8370), and the Suhr strat with the double color paint and the mirror pick guard (Serial #2653). It’s green or purple, depending on what angle you look at it from. I am so deeply upset about this.
They were stolen from my garage in Pittsburgh while I was on the road last year. If anyone knows anything about the whereabouts of either of these guitars, please contact me on my message board at www.rebbeach.com, or on my facebook page ,http://www.facebook.com/RebBeach
Thanks,
Reb

Aussie guitarist and Suhr artist Chris Brooks is available for masterclasses. Stop by his site and register your interest in having one in your town!

END_OF_DOCUMENT_TOKEN_TO_BE_REPLACED

I had an awesome time strolling around the Suhr booth at NAMM, and since I got so many killer pics of the display I thought this might best be presented as a photo special. As always, you can order your Suhr with pretty much any appointments you desire, so check out their site for more info, after you’ve wiped the drool from your keyboard. 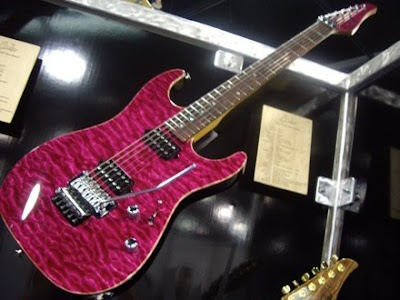 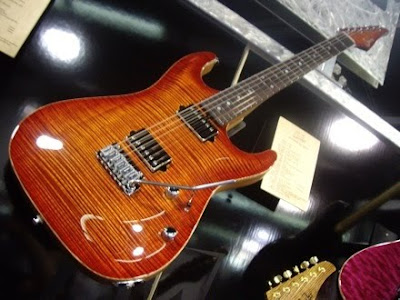 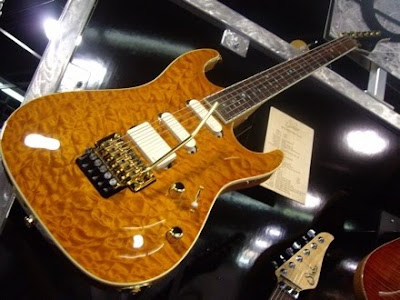 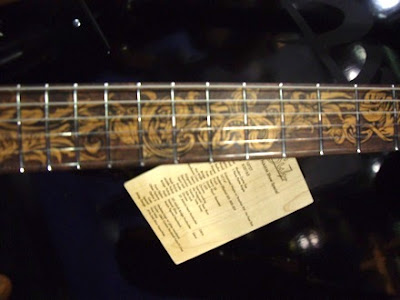 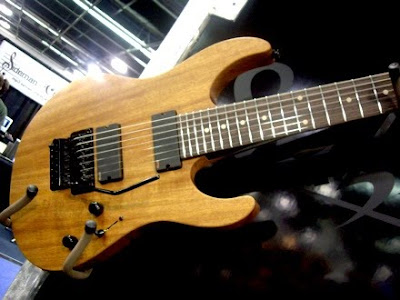 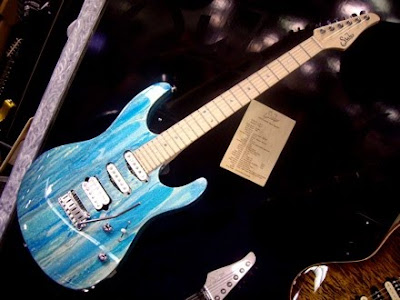 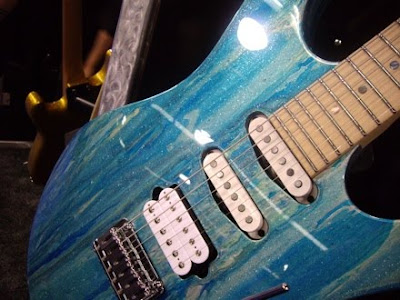 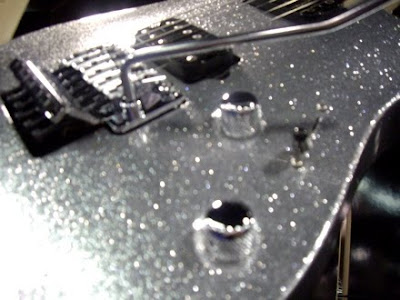 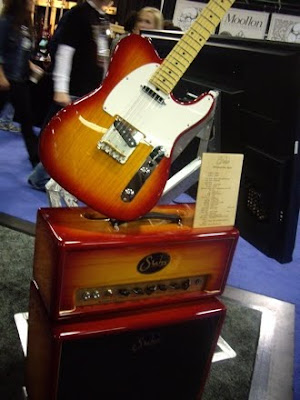 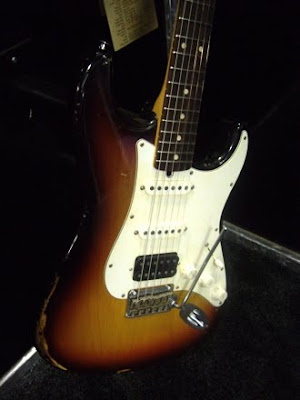 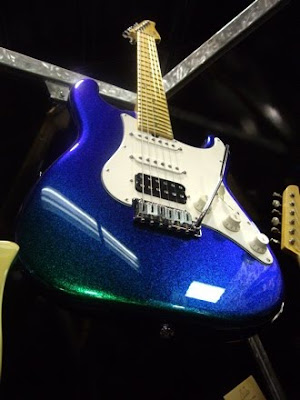 Elixir Strings has published this nice little press release about their strings being used on the Suhr 2009 Limited Edition Modern Carved Top guitar. As the release points out, Suhr has been using Elixirs for over half a decade, so I guess the real point of the press release is to draw your attention to two things: a) Elixirs are so awesome that a company as awesomely awesome as Suhr uses them on all their guitars, and b) look at that monstrously awesome 2009 Limited Edition Modern Carved Top!

Suhr Guitars’ newest model has a luxurious look and feel. Unique features include a 3/4 inch maple top that is glued onto an alder body and commemorative inlay work on the fingerboard. With all this attention to detail going into every guitar, the company knew it had to make the right choice when choosing strings. Elixir Strings proved to be the right choice because of their superior sound quality and long-lasting playability.

“We have been using Elixir Strings for six or seven years now on all of the guitars we build, so we knew they would again be a great fit for our 2009 Limited Edition Modern Carve Top,” says Ed Yoon, director of marketing, sales & customer service at Suhr Guitars. “Elixir Strings have a very nice balanced sound and they maintain their tone for a long time. Customers notice how great the strings are and often comment on their crisp sound and long life. In fact once customers realize they are playing Elixir Strings, they tell us they won’t use anything else.”

“For high-end guitars such as the ones we produce, we think it’s important for our dealers to showcase them with fresh sounding strings. This way our guitars sound as good as they can when a customer tries them out,” Yoon continues. “A lot of other string brands start sounding dull after a few hours of being played. But Elixir Strings keep that fresh new-set-of-strings tone for a very long time and we think that’s critical, especially for our dealers.”

Only 75 Limited Edition Modern Carve Tops are being manufactured. The guitar retails for $5,900.

For more information, visit their web site at http://www.elixirstrings.com/.