Back in 1998 I was in second year at university and my listening diet basically consisted of Mike Keneally’s Sluggo, XTC’s Skylarking and Devin Townsend’s Ocean Machine. )(Okay, add of Dream Theater’s Awake too, which had already been out for four years by that point but which I’d finally got my own copy of instead of nicking my brothers’ all the time). So the combination of Keneally and Partridge writing songs together is like a bizarre mash-up of a particular period of my life. This song sounds great and I can’t wait for my copy of the album to arrive.

You can buy the album here.

This magical new album from composer/producer/multi-instrumentalist/vocalist Mike Keneally is the highly anticipated result of a songwriting union between the famed rock experimentalist and legendary XTC tunesmith Andy Partridge.

Their collaboration produced eight new songs, combining Partridge’s innate sense of angular pop melody and beautifully intelligent poeticism with Keneally’s experimental bent and surrealist tendencies. For Partridge fanatics, the album will be a trove of rare new material from a songwriter who’s released precious little new work over the past decade. For Keneally enthusiasts, Wing Beat Fantastic represents his most melodic and pop-oriented release ever, while still maintaining the rich, detail-studded arrangements, love of sonic adventurism and superb musicianship for which he is renowned. More than any other Keneally album, Wing Beat Fantastic has an emotional resonance that engages the heart as adeptly as it does the mind.

END_OF_DOCUMENT_TOKEN_TO_BE_REPLACED

Woo! I can’t wait to hear this album! Read about it here.

There was a particular year of my life where my musical diet consisted of walloping amounts of Mike Keneally (particularly Sluggo! and Boil That Dust Speck) and a few XTC albums (along with Devin Townsend’s Ocean Machine – Biomech). So the very thought of an album featuring songwriting collaborations between Mike Keneally and XTC’s Andy Partridge is just too awesome to comprehend – in the ‘awe’ definition of the word awesome, not the surfer dude one. 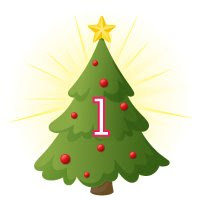 Ok, so I’m a guitar geek, but how could you possibly, POSSIBLY not adore the wonderful work of XTC?

Mike Keneally fans might notice the quote from Mayor of Simpleton in Day Of The Cow Part 2.
CLICK HERE to buy XTC – Fossil Fuel (Singles 1977-1992)

And finally, the history of XTC puppet show.

Check out this video of the great Mike Keneally performing with former XTC guitarist Dave Gregory at Riff’s Bar in Swindon, UK, on October 23.

This video includes Mike playing Zappa’s ‘The Idiot Bastard Son’ and ‘Cold Hands’ from his own forthcoming CD, ‘Scambot,’ with Gregory joining him for ‘2001’ from Mike’s ‘Wooden Smoke’ album.

A few months ago, Mrs I Heart Guitar stumbled across a magazine called Shindig, which promotes itself with the tagline ‘Psych, garage, beat, powerpop, soul, folk …for people who want more!

Of particular interest to guitar geeks such as myself is the heavy emphasis on 60s psychedelia. When I was a little’un, my dad had a double cassette compliation called ‘Songs Of A Psychedelic Age,’ and it was that tape which turned me onto Cream and Jimi Hendrix.

Shindig goes pretty deep into the psychedelic scene (including a recent feature on freaky 60s psychedelic movies like Beyond The Valley of the Dolls), as well as later psychedelia-inspired bands such as the XTC side project, Dukes of Stratosphear. The current issue delves into the psycedelic folk of Marc Bolan and Tyrannosaurus Rex.