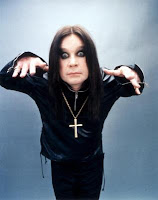 Urgh, have you been following this messy story? In summary:

* Ozzy gives interview saying Zakk’s out. Zakk has no idea what’s going on.

* Zakk still has no idea what’s going on.

* Blabbermouth reports that several different sources have told it that Gus G of Firewind will perform with Ozzy at Blizzcon.

So what’s the true story? I sure as heck don’t know!

If Zakk’s really been booted out without so much as a phone call, that’s a pretty lame way for things to go down. Zakk’s a huge part of the Ozzy Osbourne legacy and deserves much better than this.

Saw this on Blabbermouth. Remember a few weeks ago when it emerged Ozzy was looking around for another guitarist? Well Zakk says that while that may be so, he’s still in Osbourne employ for the foreseeable future, including touring commitments in 2010. Good to know everything’s cool and that Ozzy’s not messing with the awesome vibe Zakk brings to Ozzy gigs, even though he might try a few other guitarists in the studio.

By the way, remember years ago when Steve Vai did some stuff with Ozzy in the studio? It never surfaced (except for the song ‘My Little Man’ on Ozzmosis, but Zakk played the guitar instead of Steve). I wonder if that stuff will ever see the light of day.

When asked about the recent reports that Ozzy was auditioning other guitarists for his solo band, Zakk said, “Everything’s cool, man. I mean, Ozzy’s always jammed with other people — since we did ‘Down To Earth’ and all that other stuff. So it’s no big deal. If Ozzy’s gonna play with someone else, what am I gonna do anyways? At the end of the day, when we did the ‘Down To Earth’ record, Oz had other people coming in and writing with him. [I was like], ‘Boss, knock yourself out,’ you know what I mean?! What we’re supposed to do is there’s this date in August — August 20, I guess, down in Anaheim [at the BlizzCon convention] — and then after that, we’re supposed to finish the [new Ozzy] record up in September or something like that. We did 16 or 18 songs or something like that, so we’ll write some more, finish the record, and then we’re supposed to do like a year[-long] world tour.” 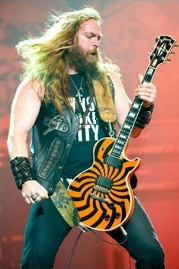 Now this is interesting. Classic Rock magazine recently interviewed Ozzy Osbourne and Ozzy had a few things to say about Zakk Wylde:

Well, I’m getting a new guitar player as we speak,” said Ozzy, “and everyone has been saying to me for a long time, ‘Get Johnny 5!’ And I tried him at one time and I didn’t really give him a chance. We’ll see, I don’t know. I haven’t fallen out with Zakk, but Zakk’s got his own band, and I felt like my stuff was beginning to sound like Black Label Society. I just felt like I wanted a change, y’know?

“I’ve got a guy from Greece coming in – not the musical, the country of Greece – but I’m not going to say too much about it, cos I don’t know myself at this point. I’ve got a new album, I’m working on it as we speak. I’ve got a studio at my house and I’ve got a guy called Kevin Churko, the guy that did the last album [Churko also worked on Ozzy’s Under Cover album, produced Cheap Trick’s highly rated 2006 album Rockford, and has credits on releases by Britney Spears, Celine Dion and Shania Twain] – he’s great to work with.

So you’re taking it easy recording this album?

“Oh yeah. Zakk came down and did a bunch of stuff and I don’t know if I want to use it but I’ve got it there if I do. And this Kevin Churko is a bit of an all-rounder so I’m getting back to basics in some respects. One thing about a guy who can’t do all the finger-tapping stuff is that he plays better on the riffs cos it’s not all [hums riff for Iron Man followed by over-the-top widdling].”

ZakkWyldeBLS I haven’t heard anything about this. Until I talk to the Boss I don’t know. I love Ozzy.

ZakkWyldeBLS I’m doing Blizzcon with him in August and supposed to finish up the cd in September….this is news to me

Now, this wouldn’t be the first time Zakk’s own music has forced him to leave Osbourne employ: back in the mid 90s when Zakk was briefly working with Guns ‘N’ Roses while also pursuing his own band, Pride & Glory. Back then Ozzy said Zakk couldn’t make up his mind what he wanted to do, so Ozzy made up his mind for him. But man, Zakk’s a pretty big part of the Osbourne legacy and to be perfectly honest with ya I’m not sure I would have gone to Ozzy’s most recent Melbourne gig if Zakk wasn’t in the band.