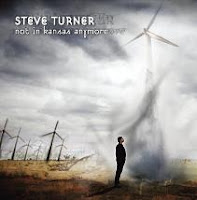 A few months ago I interviewed guitarist Steve Turner, a monster player who I supported at the first Shredfest gig way back in 2007. You can read the interview here.

Steve has now made his EP, Not In Kansas Anymore, available as a download.

Steve is working on his next CD with drummer Zoltan Csorsz from the Flower Kings. 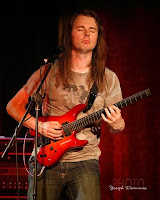 I recently interviewed Turner about his EP, Not in Kansas Anymore (click here to read the interview). If you haven’t heard the EP yet, you can buy it from his website. Don’t forget to check out his Myspace too.

I’ve got some great news! Zoltan Csorsz will be recording 9 songs for my upcoming full length CD release. Zoltan is well known for his playing with The Flower Kings, Jonas Hellborg and Mattias Eklundh, Richard Andersson (Space Odyssey) and Tangent.

Zoltan is a master of progressive rock, jazz and fusion styles. He’s bringing a lot to the table and what I have heard so far has been amazing. As an artist it’s really exciting to hear my own music performed by such masterful musicians as Zoltan and bass player Evan Harris (Black Majesty, Taramis, Endel Rivers). The songs and their respective interpretations by Evan and Zoltan are going to be something very different on the scene, and I can’t wait for people to hear the CD. 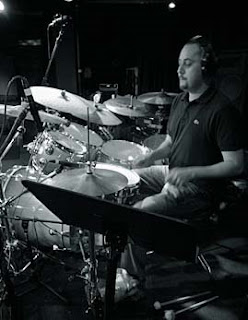 The full length CD will host 9 songs of original material running at just under an hour. The diversity of the EP will be maintained, but the focus of the full length CD will be on instrumental rock, fusion and progressive music. Any talk of release dates is a bit premature, but it should be out late in 2009.

I can’t wait to hear this. Steve’s playing is awesome, Harris is a monster (coincidentally he used to teach bass at the same music store I taught out of – small world, innit?), and as for Zoltan, anyone who can rock with Mattias IA Eklundh is alright by me!

GIVEAWAY: To celebrate this cool news, Steve is giving away a free copy of his EP to the first 10 people to email orders@steveturner.com.au with the words “No place like home” in the subject line.