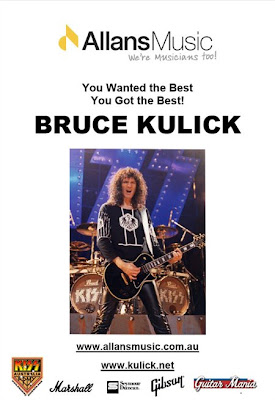 Just saw this one on Blabbermouth.net.

Kulick has been back in the studio working on his next solo CD, tentatively titled “BK3”. The album will feature guest appearances by a number of acclaimed rock and heavy metal musicians, including TOTO’s Steve Lukather, John Corabi (MÖTLEY CRÜE, UNION, RATT, ESP), Gene Simmons (KISS) and Tobias Sammet (EDGUY, AVANTASIA).

Cool! I haven’t been to a Kulick clinic before, but I hear they’re quite worthwhile, even for non-guitarists who are just going because he was in KISS.