Kings of British death metal INGESTED will be performing “Dominion Live in Manchester”, a live streamed gig from an iconic Manchester venue, on Halloween (31st October 2020).

Hosted by Rockifi with a multi-camera, high-end audio set up, INGESTED will be performing material across their 14-year catalogue, including songs from this year’s critically acclaimed album Where Only Gods May Tread.

Drummer Lyn Jeffs comments: “Over six months after we were forced to make the decision to leave the Faces of Death European tour three weeks early, we are thrilled to be performing live again in our hometown of Manchester this Halloween, Saturday 31st October. This special and unique live show will be a celebration of the past 14 years of INGESTED and also our first time performing songs from Where Only Gods May Tread. Grab your tickets online now and witness the first ever full production and professionally filmed live INGESTED show, we promise this is not to be missed!”

Check out the singles from Where Only Gods May Tread here: ‘Another Breath’, ‘No Half Measures’,  ‘Dead Seraphic Forms‘ and ‘Impending Dominance’. 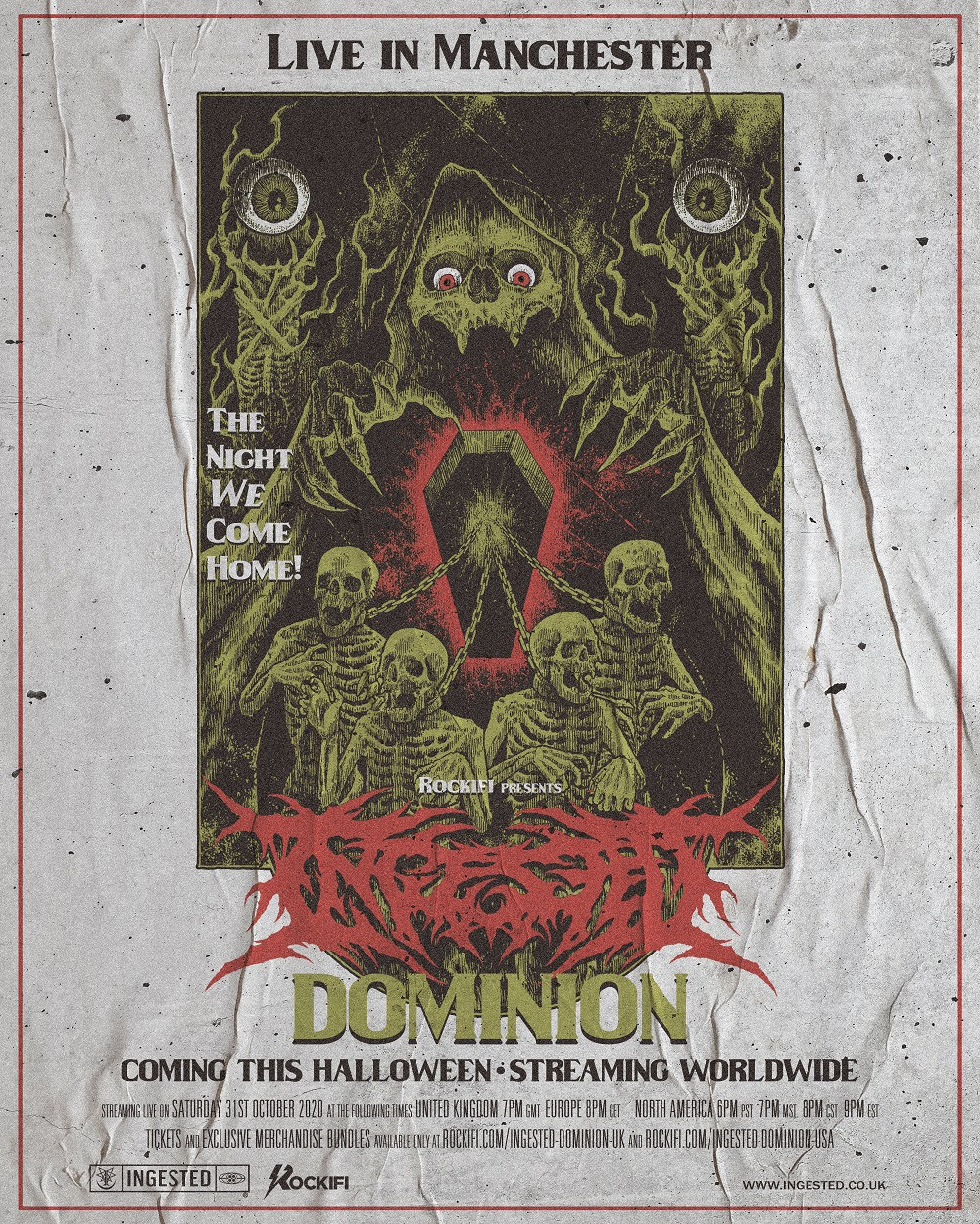 Ready to rise from the underground to the wider metal sphere, INGESTED’s new album Where Only Gods May Tread is set to prove they have what it takes to compete at the top of the game.

With more touring miles under their belts than most, INGESTED have honed their craft playing alongside the likes of Crowbar, The Black Dahlia Murder, Cannibal Corpse and many more. Now five albums in, their refined songwriting skills, technical precision and all-round ability to decimate come together to create one of the finest heavy albums of 2020.

The album was mixed and mastered by long time producer of INGESTED and Cryptopsy guitarist Christian Donaldson (Despised Icon, Beneath The Massacre, The Agonist), engineering was handled by both Nico Beninato and Sam Yates at Foel Studios in Wales. The artwork was created by legendary artist Dan Seagrave (Morbid Angel, Suffocation, Hypocrisy, Entombed, Rivers Of Nihil, Gorguts, Decrepit Birth)