“We’re very excited for you all to hear our new track “Shatter;” it’s one of our personal favourites and we’re pretty sure it’ll be one of yours! It’s an absolute sledgehammer of a track with riffs for days! Let the head banging commence!!!” – Bullet For My Valentine.

The visualiser for Shatter is a visceral and instinctive moment in the new Bullet visual era. For this project Matt Tuck collaborated with creative director, Fiona Garden, and her husband/artist, Ben Ashton (benashtonart.com).

Fiona Garden adds, “These hypnotic abstract visuals were then fed into the fearsome and instinctive creative machine behind “Knives” and “Parasite”: editor Sara Faulkner and VFX artist Gabriel Thomas Ayache. The clip features, as always, the design edge of Carl Addy (ulcerboy.)”

Bullet For My Valentine (the album) will be released on October 22 via Spinefarm /Search & Destroy.

“I think it’s the most ferocious side of Bullet For My Valentine that I’ve ever known,” says lead guitarist Michael “Padge” Paget. “It’s time for us to put out a really angry, heavy, aggressive record. I just can’t wait to grimace on stage!”

Matt Tuck began writing the album in September 2019 before the Coronavirus pandemic brought things screeching to a halt in early 2020. But in June 2020, Tuck and long-time producer, Carl Bown, who co-produced the band’s 2015 album, Venom, and produced and mixed Gravity, picked up the pace again. Together, they hunkered down at Treehouse Studio in Chesterfield, where the remainder of the album was written.

Pre-orders for Bullet For My Valentine’s seventh studio album are now live, with an instant download of singles, Knives, & Parasite and special bundle options, including a unique clipping from the backdrop used on the bands Venom world tour from 2015 – 2017, t-shirts, hoodies, gold & silver cassettes, and limited vinyl.

PRE-ORDER BULLET FOR MY VALENTINE HERE 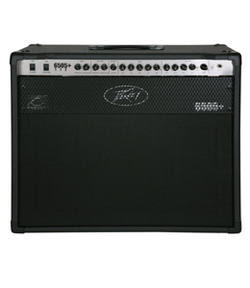 I’m sure that when Eddie Van Halen designed the Peavey 5150 amp back in the early 90s (and later the 5150 II), he didn’t think that a decade later it’d be one of the most prominent amps among the extreme metal community, nor that the design would live on following his departure from Peavey. After Eddie jumped ship to form his own company, EVH, Peavey continued to build the amp but changed the name (5150 = 6505, 5150II = 6505+). Now they’ve released the single-speaker 6505 Plus 112, which cuts down on some of the legendary heft of the original 2X12 version.

After forging the sound of aggression for more than 15 years, Peavey is making its highly respected, high-gain 6505® Series amplifier available for the first time in a 1×12 combo-amp configuration.

The Peavey 6505—the amplifier used by metal stars Trivium, Machine Head, Bullet For My Valentine and many more—will now be available in a 60-watt combo with two channels and an extensive feature set. The new 6505 Plus 112 combo harnesses the full gain and legendary tone of the Peavey 6505 Series, which since 1991 has defined the sounds of extreme rock guitar, into a format that is equally suited to clubs, rehearsal rooms and studios.

Five select 12AX7 preamp tubes and a pair of 6L6GC power-amp tubes provide the tonal foundation for the 6505 Plus 112 combo, while patented circuitry such as Peavey’s Resonance control tweak its legendary tone. Both the Lead and Rhythm channels feature independent three-band EQ, pre/post gain controls and Presence and Resonance adjustment. The Rhythm channel also includes a footswitchable Crunch boost.

The 6505 Plus 112 combo also features the Peavey MSDI™ microphone-simulated direct interface, which eliminates the need for miking by allowing users to route the amp’s signal directly to a recording device or mixing console. Additional features include three-spring reverb, effects loop and external speaker outputs, plus a 12″ Sheffield® loudspeaker in a sealed-back cabinet that offers maximum resonance and sound projection.

For more information, visit their web site at www.peavey.com.

CLICK HERE to buy the 2X12 version of the combo from Musician’s Friend.