END_OF_DOCUMENT_TOKEN_TO_BE_REPLACED

Here’s a neat interview with Buddy Blaze by Full Metal Jackie. Buddy talks about his association with Dean as well as his own guitars.

I first wrote about this a few weeks ago but I just got to check it out in person. Dean Dimebag ‘Concrete Sledge’ ML based on the guitar that Dime tuned to Drop D and used to play, you guessed it! Dime’s original had a Washburn neck on a Dean body, with a custom graphic finish covering the whole body. The new Dean version has the finish on the front and back, but not wrapping around the sides like the real deal. They’ve also changed the headstock shape. How do I know?

Cos they had Dime’s actual guitar there. See?

Oh and to the NAMM attendee next to me who saw it and said “Oooh look! A guitar with a KISS sticker on it,” you’re fired from metal.

END_OF_DOCUMENT_TOKEN_TO_BE_REPLACED

Got the Dean mail-out yesterday with info about their NAMM webcast and 35th anniversary celebrations. The graphic at the top of the email looked cool enough – bitchen two-headed eagle thing, NAMM dates, booth number… but then I looked in the bottom left corner, two axes tucked away behind another:

Good lord. It’s a Dean VMNT Dave Mustaine signature with a Peace Sells …But Who’s Buying? graphic, and a version (with a different headstock) of one of Dimebag Darrell’s lesser-known but cooler Dean MLs! In fact, this was the guitar Dime was using in one of the first pics I ever saw of him, in a Randall ad back in the day when Dime went by the name Diamond Darrell publicly instead of Dimebag Darrell. You can see Dime using this axe in this video for “Primal Concrete Sledge,” and that’s what this Dean model is named: the Dime ‘Concrete Sledge’ ML. The original was actually a Washburn neck on a Dean body.

Keep an eye on Dean’s website and I Heart Guitar at NAMM time!

Hold on to your four necks – the shredtastic Michael Angelo Batio is heading to Australia for some clinics in May.

At the moment the actual dates and locations aren’t on his site but there’s a message which says he’ll be doing performances for Dean from Monday May 16th through to Tuesday May 24th, 2011.

The first date I have is at Pony Music, 3/37-41 Hallam South Road, Hallam on Wednesday May 18. Tickets are $20 through Pony. MAB will be playing his Dean signature model through the new DIME amps. Pony promises crazy specials on Dean guitars and DIME amps on the night.

Dimebag Darrell was one in a billion. A true metal iconoclast who took a little from EVH, a little from Billy Gibbons, a bit of Hetfield, and twisted it around until it was pure Dime. Everything about the dude was custom: for his signature tone he used a graphic EQ and heavy noise gating to get the most out of the Randall half-stack he won in a guitar playing contest. And his main guitar was a heavily customised Dean ML (he actually scratched ‘The Dean From Hell’ into the headstock) which featured new pickups, a Floyd Rose bridge (which required serious routing considering the guitar originally had a tune-o-matic bridge and thru-body stringing) and a custom paint job and further tweaks by legendary luthier Buddy Blaze. Check out the story of Buddy’s role in this legendary guitar in this great Premier Guitar article.

END_OF_DOCUMENT_TOKEN_TO_BE_REPLACED

Uli Jon Roth has partnered with the Dean Guitars USA custom shop to offer limited edition production versions of his iconic Sky guitar. Available in six and seven string versions, it’ll be unveiled at NAMM on January 14. I can’t wait to check this one out, and I’ll be sure to post my thoughts from NAMM. 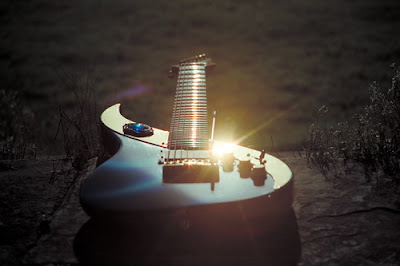 There will be two different models on display, a six-string and a seven-string version.

This limited edition will be super-custom built 100% to Uli’s specifications by the custom shop of Dean Guitars USA. Each guitar will be personally named and approved by Uli Jon Roth.

Sky Guitars were the first electric guitars with a truly extended upper range and lots of extra frets.

Uli originally designed the Sky Guitar in 1982 and the development phase went through 5 proto-types, the culmination of which was “Mighty Wing” – his legendary seven-string guitar, which features an un-precedented six octave range.

From the beginning, Sky Guitars embodied the very spirit of cutting-edge innovation. These new models will honor this tradition and will incorporate several new features.

Over the past few years Uli has been approached by numerous guitar manufacturers who offered to build Sky Guitars and guitarists from all over the world are constantly asking where they might buy them.

Going back as far as the Eighties, there have been companies who sold Sky Guitars, either without Uli’s knowledge or without his consent. Many private individuals have also had copies built for themselves, because of the unique and appealing design and the features. But these were all just copied from photographs and no one had access to the precise dimensions of the originals; hence most of those copies resulted in poor imitations, which didn’t stand a chance to live up to the extremely high standard of the handful of originals, which had been hand crafted by the brilliant British master luthier Andreas Demetriou back in the Eighties.

To celebrate the release Uli will play the new Sky Guitars for the first time in public at a special performance at the Anaheim Grove Theater during the NAMM show on January 15th.