It’s safe to say that metal as we know it simply wouldn’t be the same without Megadeth. The other ‘big four of trash’ bands contributed certain elements to the form – Anthrax brought the humour, Slayer brought the evil and Metallica brought the gruff manliness. But Megadeth contributed intelligence, social awareness and instrumental virtuosity in a consistent and incredibly assured way. Megadeth’s lineups have changed throughout the years but the one constant is Dave Mustaine. In many ways he is Megadeth – he’s the band’s songwriting anchor, and his rhythm guitar style defines the whole band’s approach. Megadeth are returning to Australia for Soundwave 2014, and their performance is sure to be a highlight of the festival. How could it not, with classics such as “Holy Wars …The Punishment Due,” “Hangar 18” and “Symphony Of Destruction” to draw from, as well as material from latest album Super Collider, which sees the band returning to the more melodic vein previously explored in albums like Youthanasia and Cryptic Writings?  END_OF_DOCUMENT_TOKEN_TO_BE_REPLACED 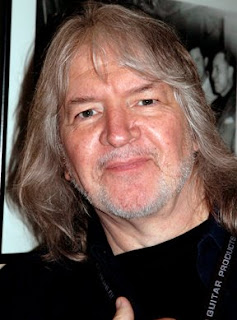 Seymour Duncan is a legend in the guitar world. His pickups have been integral in some of the greatest guitar tones in rock history, and his company’s more recent forays into pedals and acoustic guitar processing are already attaining legendary status. I spoke to Seymour Duncan himself, as Evan Skopp, Seymour Duncan’s VP of Marketing and one of the brains behind the company’s new D-TAR brand of acoustic guitar sound solutions.

The D-TAR (Duncan-Turner Acoustic Research) company is a collaborative effort with legendary luthier and amplification expert Rick Turner. Their new Mama Bear processor is a revolutionary device which takes the signal from any acoustic guitar and remodels it to sound like other designs. “Rick has had a kind of legendary career,” Skopp says. “He started off as the guitar player in the Canadian folk duo Ian and Sylvia, then he was the soundman for the Grateful Dead. He pretty much invented the outdoor amplification concept, founded Alembic instruments, was president of Gibson’s West Coast R&D lab, and also had a guitar company, Turner Guitars. One of the most famous Turner guitars was the model played by Lindsay Buckingham. In a lot of ways Rick is to the acoustic amplification world what Seymour is to the electric amplification world. What Rick brought to this focus group was some really far out and amazing ideas. One of the ideas was that acoustic pickups had pretty much reached maturity in terms of the design, meaning using piezo film was not going to improve that much on the sound of the guitar. You can use secondary sources and EQS, but using current technology we’ve pretty much reached the limit of what we can do. Rick said the future is in the digital realm, because once you take the signal from an acoustic guitar and bring it into the digital realm, you can give it algorithms to do certain things. For instance, you can remove the artefacts that the pickup brings into the digital signal, and as long as you’re doing that you can do additional manipulation, for instance layer the sounds of other guitars.”

Over the years Seymour Duncan has learned from some of the best in the business, and is happy to pass on the knowledge he’s acquired. “When I was eleven or twelve I saw Les Paul in concert and I met him backstage,” he tells. “Les Paul actually explained to me what an electric guitar pickup was, and to this day he remembers that and I have a copy of an interview he did on talkback radio talking about me, this eleven or twelve year old kid that used to hang out and ask him about guitar pickups. When I first came to California I called Leo Fender up and asked him “why did you do this, why did you do that?” I was fascinated by the history of the pickups and how they were made. Here I was, a 16 year old kid asking him about the first Telecaster bass, the Esquire, Jaguar… I was very fortunate to meet people like Leo Fender and Seth Lover. Seth Lover was such a great mentor to me. I’ve interviewed him, and it was very interesting to find out how things were done. People like Leo, Les Paul, Seth Lover and guitar players like Jeff Beck. These guys gave me something and I like to be able to give it back.”

Seymour is the only ‘non-famous-guitarist’ to have a Fender signature model. “I’ve always loved Esquires, so it’s based on my old Esquire. It has a black pick guard, an Esquire maple neck. It had one of my early tapped pickups and special wiring. Jeff Beck has used it many times. It’s one of those guitars that, everybody that plays it loves it.” Skopp, who helped oversee the project, says the Fender Seymour Duncan Signature Esquire features a few of Seymour’s guitar set-up secrets, as well as a specially wound Seymour Duncan pickup. “Seymour’s a great player,” Skopp says. “Midway between Jeff Beck and Danny Gatton.”

One of Seymour Duncan’s most well-known pickup combinations is the JB model in the bridge and the Jazz in the neck. “That’s what I use in my “TeleGib,” Seymour says. “The first set I did for Jeff Beck. That’s neat that guitar, because he used it, Peter Frampton used it. A lot of other guitar players have played this guitar so it’s kinda neat to have a guitar with a conversation piece feel to it, so we give others a chance to play it too.”

This interview originally appeared in Mixdown magazine in 2006.