Paul Gilbert is coming to Oz for a master class tour! Paul is a great instructor (as you’ll soon see if you check out his ArtistWorks course) and he’s full of advice for players of every level.

More info over at Thump Music, but here are the essentials:

Standard ticket pricing is $80 per person. However for Thump’s loyal clinic attendants they are opening up an early bird price of $69.00 per person. A Thump Music Show Bag will be supplied to all pre-paying customers, with over $50.00 worth of goodies, which judging from the pic below includes the Pickmaster Plectrum Cutter (which I review here) and Australian Guitar magazine (which I write for).

Check out the guest post Paul wrote for I Heart Guitar in 2009. 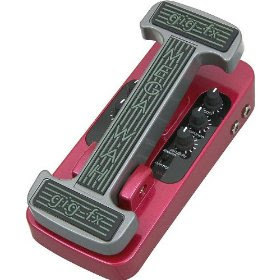 One of the highlights for many at NAMM this year was the performance by Paul Gilbert as part of Ibanez’s celebration of his 20 years as an endorser. Paul’s old band, Racer X, played a bunch of songs, and here is ‘Frenzy.’ Enjoy!

I found this clip on Blabbermouth.net, but you can see a whole bunch of great Paul Gilbert videos on this page of the Random Chatter Music blog. 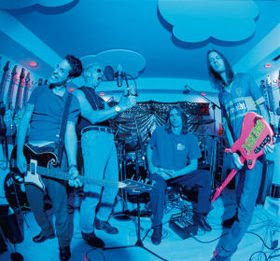 RACER X will perform at the 2009 NAMM (National Association of Music Merchants) show, which will be held January 15-18 at the Anaheim Convention Center in Anaheim, California.

Commented RACER X guitarist Paul Gilbert: “Ibanez guitars is celebrating the 20th anniversary of my PGM guitar with a concert at the NAMM show.”

The concert will take place on Saturday, January 17, 2009 at the Sheraton Park Ballroom and will not be open to the public.

Paul said, “It is very exciting for me to be the featured artist for Ibanez this year, so I am glad that I can do something special for this concert. I can’t think of anything better than a killer set of RACER X!” He added, “I can’t wait to play some killer heavy metal with my favorite metal band!” 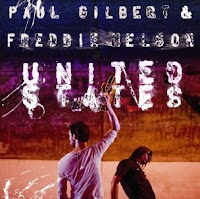 If you’re anything like me, you probably spent an embarassingly large amount of time during your teenage years searching bargain bins for releases by Mike Varney’s Shrapnel Records, a label specialising in releases by guitar virtuosos like Marty Friedman, Racer X, Cacophony, Greg Howe and Paul Gilbert. Well those days of eagle-eyed pointy-guitar spotting amid the racks at obscure used CD stores are over, with the news that Shrapnel’s catalog has just become available on iTunes. Now you can pick up rare releases by Yngwie Malmsteen’s Steeler, Marty Friedman, Jason Becker, Tony McAlpine, Greg Howe, Richie Kotzen, Vinnie Moore, and many other dudes who spent as much time on haircare as they spent on practicing 8-fingered 4-octave diminished arpeggios – and those dudes spent a lot of time on 8-fingered 4-octave diminished arpeggios.

Click here to buy the ‘Get Out of My Yard’ instructional DVD.